Dialogical encounter and the production of exilic space in Exarcheia

The neighbourhood of Exarcheia in Athens, Greece, has long been recognised as the socio-spatial epicentre of the Athenian anarchist and anti-authoritarian milieu wherein several self-organised spaces, groups, and initiatives have thrived. I characterise Exarcheia as an exilic space within the capitalist world-system. Exilic spaces are paradoxical spaces of relative and precarious autonomy grounded in the principles of self-organisation, solidarity, and mutual aid. In this paper, I put my research into conversation with several themes explored by David Graeber, including militant research methodology, provisional autonomous zones, and dialogical encounter. While I highlight Exarcheia’s exilic status, I also investigate significant internal tensions that I argue can be viewed as moments when dialogue breaks down or fails to manifest. 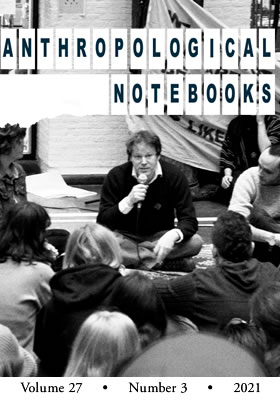