Cooperation among farmers through the lens of their future orientations

A case study from Slovenia

Rural areas across Europe are becoming increasingly diverse in terms of farming practices, value systems and visions of the future. Nevertheless, the inhabitants of rural areas should eventually come together and work together, as agricultural policy based on scientific research encourages their joint participation through various measures and initiatives. In order to understand the relationship between past and present, the current limits of cooperation and to anticipate change, the article categorizes (market) cooperation practices among farmers as a possibility, potentiality and disposition. The study was conducted in the Pomurje region of Slovenia. It was based on occasional field visits and six months of participant observation between March 2018 and 2020. More than 50 semi-structured interviews were conducted. The results suggest a link between bad past experiences, farmers' passivity and perpetuation of power relations, leading to rare and fragile visions of cooperation as a possibility. Moreover, cooperation potential usually does not manifest itself at all, or it is blocked and fails. Nevertheless, some collaborations are considered desirable, especially for new and young farmers. The study has revealed many reasons why some forms of cooperation are almost impossible for the interlocutors. Further research is needed to deepen this knowledge and to test and enforce this approach in rural cooperation research. 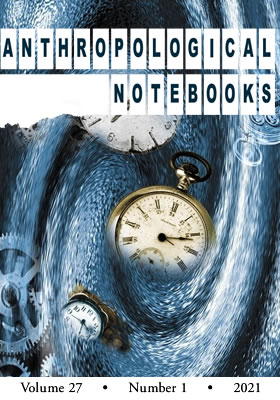