The focus of this article is the part of a holistic anthropological interdisciplinary study of the population structure of the inhabitants of the Island of Rab, focused on multivariate analyses of latent morphological variables, to contribute to the explanation of its microevolution. The goals of the study were directed to determine population differences in a geographically limited area of Rab, based on the latent morphological variables of the head and body. A representative sample of 601 adult persons (aged 18–75 years) from the settlements of Banjol, Barbat, Lopar, Rab and Supetarska Draga was examined. The analysis included 30 anthropometric variables of the body, as well as 14 anthropometric variables of the head. Principal Component Analysis with Varimax rotation revealed five latent variables of the body and five latent variables of the head (in both sexes), while quasi-confirmatory factor analysis proved that there are no significant differences in component structures among men and women. Analysing the latent morphological variables enabled the clear insight that the examined population is heterogeneous, in the space of the investigated body and head variables for both sexes in certain sets of variables. 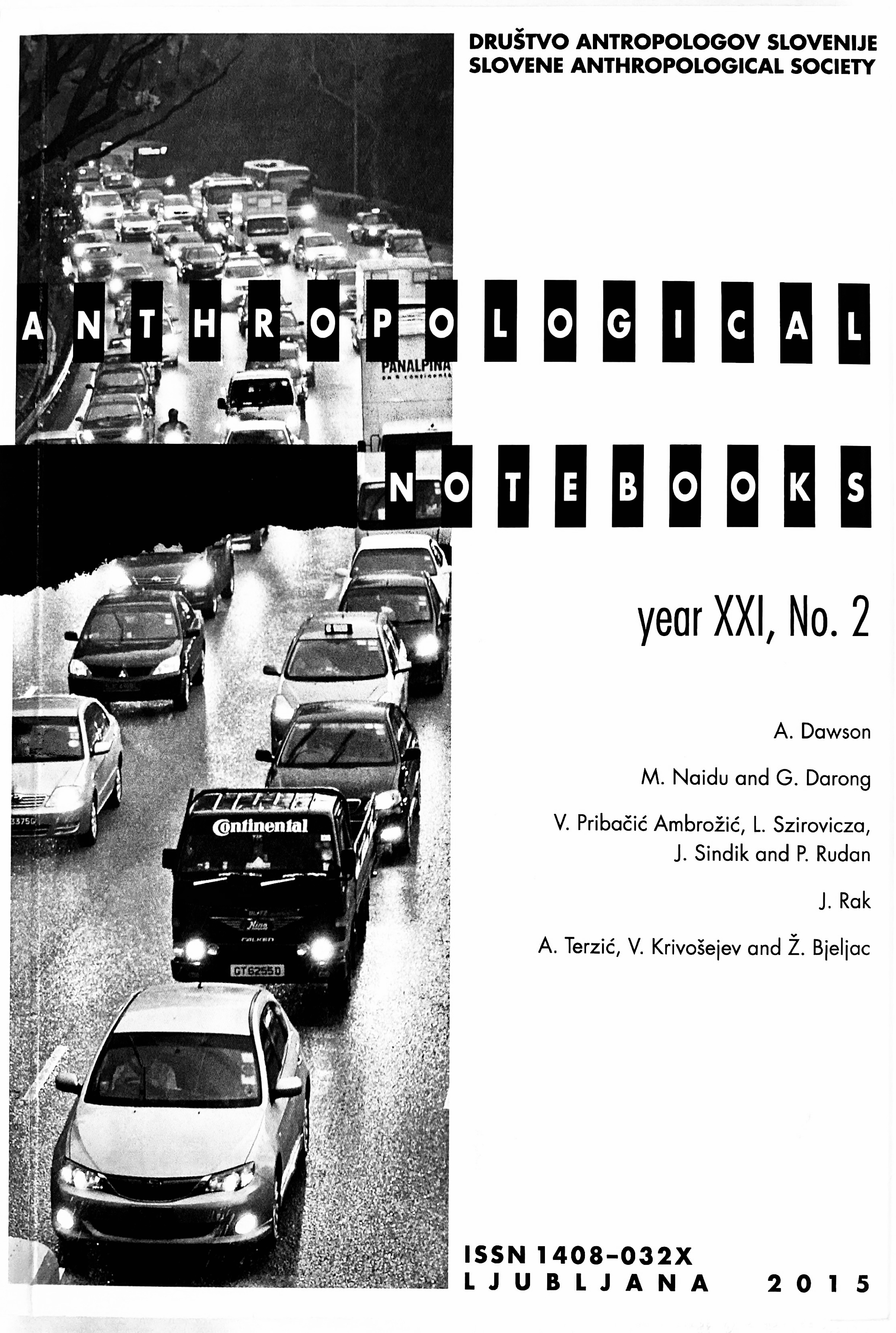